Yes, it is true that most blogs, never better than mediocre, end up abandoned as their authors migrate over to Facebook, Twitter, Instagram, and the like. Nonetheless, there are many worthy, richly fascinating, and consistently updated blogs out there, some old, many new. Herewith, I share with you, dear reader, a my top 21 surfing faves as of this month.

Scott Adams
By the way, if at first glance Adams' blog appears pro-Trump, look again, it is not. Over the past months Adams has been analyzing and explaining some of the more esoteric techniques that Trump employs in his speeches and debates and even Tweets. Long before any of the op-ed crew in major media, Adams predicted the rise of Trump. His blog is fascinating reading, and it's worth the trouble to read many of his previous posts. And yes, this is the cartoonist who came up with Dilbert. And no, I am not for Trump. Hey, I live in Mexico.

SOUTH OF THE BORDER, SOMETIMES

Sam Quinones
> Read my review of his latest book, Dreamland, for Literal Magazine.

The Rambling Boy
Read or listen to my interview with Lonn Taylor here.

Apifera Farm
> Read my 2011 post about this blog here.

Swiss Miss
Her Friday Link Packs are always a treat. The latest included a link to this Japanese shop and this stunning video by Method Design.

The Archdruid Report
His sci fi is not my cup of chai, but his skill and prolificacy as an essayist is a wonder.

"And there are all those who, whenever I publish something that mentions climate change, crawl out of the woodwork and gnash their exoskeletal mandibles at me, to the effect that climate=weather, and it's all a conspiracy theory. They are idiots and deserve a boathook in the eye."

"People were summoned to explore the heavens, they were promised universal prosperity, a world without borders, gender equality, and a third gender, and a fourth, and a fifth, and watermelons that taste like raccoons, and raccoons with the hair of mermaids. But people wanted a hug, warm tea, summers in the country, and to spend time with their relatives."


TECHNO WOW, WHOA, WHAT DOES IT ALL MEAN?!

kk.org
This is Kevin Kelly, whose latest is The Inevitable: Understanding the Twelve Technological Forces that Will Shape Our Future). Several blogs in there, including Cool Tools.

For those of you who might be wondering, my book in-progress on Far West Texas proceeds... ayyy, and having taken a karmically necessary detour to write this book review/ essay (the strangest thing I have ever written), I am still working on Marfa Mondays podcast 21. There will be blood. Of the 19th century. I invite you to listen in to the other 20 Marfa Mondays podcasts anytime here.


Your comments are always welcome.

Writers Blogs (and My Blog):
Eight Conclusions After Eight Years of Blogging

Notes on Xavier González, "Moonlight Over the Chisos"
and a Visit to the Antigua Academia de San Carlos in Mexico City

I welcome you to sign up for my free, usually podcast-packed,
once-in-a-while newsletter
which goes out via mailchimp... maybe... next month.
>> CLICK HERE <<
Posted by C.M. Mayo at 12:01 AM

Monarchy in Mexico: The Super Crunchy Conversation with M.M. McAllen About Maximilian and Carlota 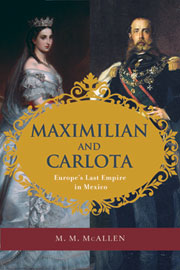 It has been a while since I posted the podcast of my super crunchy conversation with historian M.M. McAllen about her very fine narrative history, Maximilian and Carlota: Europe's Last Empire in Mexico. Since one of my own books, The Last Prince of the Mexican Empire, is about this same period, believe it, we got super crunchy in there.

At long last the transcript is now available!

If you're not familiar with Mexico's most peculiarly glamorous and hyper-complex (and very violent) transnational episode, listen in, you will learn a lot. And even if you already know about Mexico's Second Empire / French Intervention, you're in for a treat yummier than champurrado.

About the Transcripts
Thanks to writer's guru Jane Friedman's wise suggestion to share transcripts of my podcasts, I have begun posting them for both my Conversations with Other Writers series and Marfa Mondays Podcasting Project. Although I do revise the transcripts, no, I don't do them myself-- if I did, I am quite sure every last brain cell would be fried like the proverbial egg on a Mexicali sidewalk! I use CLK Transcription. They do a fine and reasonably priced job, and I warmly recommend them.

About Upcoming Podcasts
So when is the next conversation with another writer? Sometime in 2017, because I am at work on a book about Far West Texas.

More transcripts from the Conversations with Other Writers series:
> Rose Mary Salum
> Sergio Troncoso
> Michael K. Schuessler
> Edward Swift
> Sara Mansfield Taber
> Solveig Eggerz
This is an ongoing occasional series. Another will be available in 2017.


Your comments are always welcome.

Newsletter? Yes indeed.
It goes out every other month-ish.
SIGN UP HERE.

Ax of Apocalypse: Strieber and Kripal's THE SUPER NATURAL: A NEW VISION OF THE UNEXPLAINED 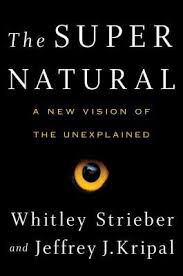 Just posted in Literal Magazine, my review of Whitley Strieber and Jeffrey J. Kripal's THE SUPER NATURAL:  A NEW VISION OF THE UNEXPLAINED. It's a crunchier review than my usual 500 - 1,000 words; I went into detail about my own encounter with a mystical text, Francisco I. Madero's Manual espírita of 1911, plus brief discussion of Jeffrey Mishlove's The PK Man. 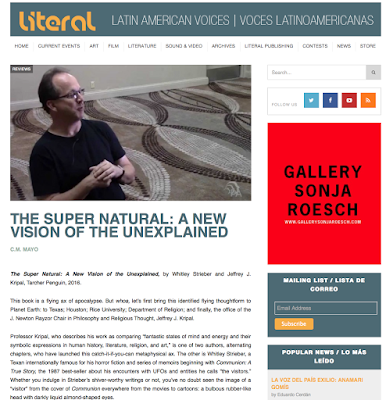 This book is a flying ax of apocalypse. But whoa, let's first bring this identified flying thoughtform to Planet Earth: to Texas; Houston; Rice University; Department of Religion; and finally, the office of the J. Newton Rayzor Chair in Philosophy and Religious Thought, Jeffrey J. Kripal.

Professor Kripal, who describes his work as comparing "fantastic states of mind and energy and their symbolic expressions in human history, literature, religion, and art," is one of two authors, alternating chapters, who have launched this catch-it-if-you-can metaphysical ax. The other is Whitley Strieber, a Texan internationally famous for his horror fiction and series of memoirs beginning with Communion: A True Story, the 1987 best-seller about his encounters with UFOs and entities he calls "the visitors." Whether you indulge in Strieber's shiver-worthy writings or not, you've no doubt seen the image of a "visitor" from the cover of Communion everywhere from the movies to cartoons: a bulbous rubber-like head with darkly liquid almond-shaped eyes.

If you've read this far and are tempted to stop, I urge you to take a breath—a bold breath. Should you still feel bristling hostility, as many educated readers do at the mere mention of such subjects as UFOs and "the visitors," that's normal. Soldier through the discomfort, however, and you may be able to open a door from the comfy cell of mechanistic materialism onto vast, if vertiginous vistas of reality itself—and not to the supernatural but, as Kripal and Streiber would have it, the super natural.

That door does not open with a key but with what Kripal terms a cut—as provided by Immanuel Kant, that most emminent of bewigged German philosophers. More about the "Kantian cut" in a moment.

Never mind the remarkable contents of The Super Natural, the fact that two such authors would write a book together is remarkable in the extreme. Strieber, while building a passionate following for Communion, his many other works and esoteric podcast, "Dreamland," has also attracted widespread ridicule for his memoirs which go beyond retailing his perceptions of his abductions by "the visitors" to adventures, both in and out of body, with orbs, hair-raising magnetic fields, blue frog-faced trolls, and the dead. Nonetheless, Kripal, as one steeped in the literature of the world's religions, identifies Strieber's Communion as "a piece of modern erotic mystical literature," and indeed, nothing less than a litmus test for his own academic field:
>> CONTINUE READING on Literal Magazine


Your comments are ever and always welcome.

Newsletter? Yep.
It might go out in July. Maybe again in September.
It will have news and new podcasts,
including from the Marfa Mondays Podcasting Project
SIGN UP HERE.

Nut Country: Right-wing Dallas and the Birth of the Southern Strategy
by Edward H. Miller
Washington Independent Review of Books