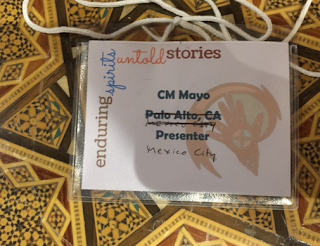 Dear reader, if you are a writer who has not yet attended a writer's conference, may I suggest that, whether you are a beginner or a battle-scarred multi-prize-winning veteran in this "business," a conference can be one of the best investments you make in yourself. Plus, if you have even a wee bit of extrovert in you, it's a gab fest.

That said, over the years I've participated in so many writers' conferences, most blur together in a sort of schmoo of vaguely remembered panels and jostling in the corridors and too much coffee and overcrowded ladies rooms... I sometimes wondered, ho hum, what could possibly be new?

Well, a couple of years ago it occurred to me that it would be both new and apt for me to look west; after all, the majority of writers conferences I had attended up until then had been on the East Coast, and I am at work on a book about Far West Texas. Plus, my agent, bless her heart, passed away, so I might need another one (whether I do or not remains an open question)-- the agent pitch sessions at a writers conference are always valuable if for no other reason than to practice pitching.

After attending the 2014 Women Writing the West conference in Golden, Colorado, I learned so much and met so many accomplished and friendly and indeed, women-writing the-west writers, including several Texans, that I hoped to attend another. Finally this October it was possible, and that meant a journey to Santa Fe, New Mexico.

My participation this year was on the panel "Writing Across Borders and Cultures" with Dawn Wink and Kathryn Ferguson and I gave a workshop on "Podcasting for Writers."

> Transcript of my remarks for "Writing Across Borders and Cultures" here.
> Handouts for the workshop "Podcasting for Writers" here and here.

One of the highlights for me was meeting anthropologist Stacy B. Schaefer, whose biography of Amada Cardenas, Amada's Blessings from the Peyote Gardens of South Texas (University of New Mexico Press) was a finalist for the Women Writing the West Willa Award for Scholarly Nonfiction. Of course my book in-progress about Trans-Pecos Texas will include some discussion on peyote, since its habitat, mainly in South Texas and Northern Mexico, includes a patch of the Big Bend, which is in the Trans-Pecos. Schaefer is one of the leading scholars on peyote and her story of the first federally-licensed peyote dealer Amada Cardenas is essential reading for anyone who would seek to understand the history and ritual of the Native American Church, as well as a vital part of US-Mexico border culture and history. 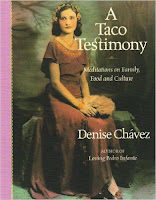 Another highlight was Denise Chavez's magnificently theatrical luncheon keynote, a reading from her book, A Taco Testimony.

In the photo below, to the left of Chavez, in blue, sits acquisitions librarian Alice Kober, who later gave a talk entitled "Why Would Librarians Buy Your Book— Or Not?" (Oh dear, those "nots"...)

Another sparkling keynote, "The Right to Write," was delivered by Julia Cameron, and at the Willa awards banquet, Navajo poet Luci Tapahonso read her exquisite works.

Further entertainment was provided by this fine mariachi band. 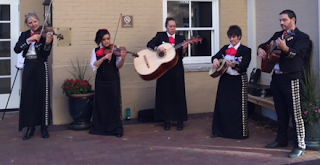 Apart from being entertained, noshing on buffet chicken, gleaning loads of practical advice, and selling books, a writers conference offers the chance to put faces to names. Among them: Amy Hale Auker, author of The Story is the Thing; Brenda Black; Kathryn Ferguson, author of The Haunting of the Mexican Border; Laurie Gunst, author of Born Fi' Dead and Off-White; and Lisa Sharp, author of A Slow Trot Home.

And among the many writers I was fortunate to meet back in 2014 and cross paths with again were Andrea Jones, Pam Nowak (who did so much to make this conference run so smoothly!), Jane Kirkpatrick, Cynthia Leal Massey, Carmen Peone, Heidi Thomas, Susan Tweit, and Dawn Wink. Susan Tweit and Dawn Wink, dynamic duo, not only gave a terrific jump-starter of a workshop on mapping stories, they also smoothly MC'ed the Willa Awards Banquet.

(One of my long-time goals was rekindled with this awards banquet: to read Willa Cather's complete works. It's in my Filofax for 2018. I made my hajj to her house in Nebraska back in 2014. More about the inestimable Willa Cather anon.) 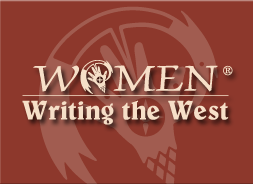 How to join Women Writing the West and attend their next conference? You will find the whole enchilada o' info in their website here.

PLAYING HOOKY ON THE PLAZA

Alas, I did not have time to explore much of Santa Fe on this occasion, but for one afternoon session I skipped out for a chance to see the St. Francis of Assisi Cathedral, and so happened onto a rally in the Plaza for Gary Johnson, Libertarian Party candidate for US President! In a moment, candidate Johnson himself appeared, looking buff after his bike ride down from Taos, and, although I don't think the crowd was following him, he unleashed a stream of expialidocious-wonkaliciousness on Aleppo. I am not kidding. (In case you were wondering, dear reader, as far as politics go, this blog resides on Planet Uli Washi.)

Here is my photo— taken by my smartphone, which, alas, does it no justice— of St Francis of Assisi's unusual and very beautiful main altar: 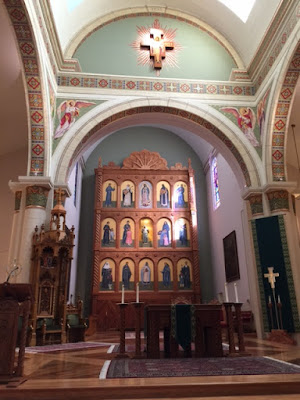 My one other escape from the conference was a hajj of sorts: a visit to Allá, the best Spanish language bookstore north of the border. So many writers and translators over the years have told me about Allá. (I mean you, José Skinner, Raymond Caballero, Patricia Dubrava...) I had heard that Allá was on the southwest corner of the Plaza, but on my previous visit to Santa Fe, I couldn't find it. This time, armed with the precise address, 102 West San Francisco St, and my smartphone's map app, I discovered that it is a little ways past southwest corner of the Plaza, and you won't find a sign on the street. However, as you can see in the photo below, there is a reference— Allá Arte- Libros - Música— pasted in between some steps on the stairs. So head on up to the second floor, hang a right, and there you may enter into the bright warren of rooms all filled with tesoros, both literary and scholarly—and if you're lucky, meet the owner himself, James J. Dunlap. 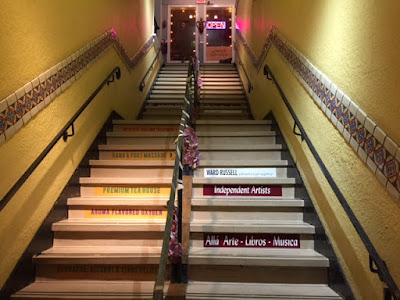 Yes, here you can find Mexican writers such as Agustín Cadena and Mónica Lavín. And bless his corazón, he had books on Mexico in English by my amigos, Bruce Berger and David Lida and... drumrrrrrrroll... he had two of my books sitting out on the table, Mexico A Traveler's Literary Companion and Sky Over El Nido, and he said he had just recently sold another title, Miraculous Air, my memoir of Mexico's Baja California peninsula.

Speaking of miracles, my luggage accommodated the pile of books I hauled out of there, including some Mexican scholarly works on the Apaches and Comanches that, from Mexico City, I have been trying to hunt down for over a year. Somehow I also took home a fat hardcover first edition of a memoir of life among some indigenous people in Tierra del Fuego. Visit Allá at your own risk! If you dare, tell Jim that Mayo told you to ask about a-gogo and psícadelico.

> Your comments are always very welcome. Write to me here.

The Harrowingly Romantic Adventure
of US Trade with Mexico in the Pre-Pre-Pre NAFTA Era:
Notes on Susan Shelby Magoffin and Her Diary of 1846-1847,
Down the Santa Fe Trail and into Mexico

Highlights from My Landing on Planet Austin

At the FIL or, the Mexican Megabookmashup
Posted by C.M. Mayo at 12:02 AM