The Typewriter Manifesto by Richard Polt, Plus Cyberflanerie on Technology

One of the themes in my work-in-progress on Far West Texas is the nature and pervasive influence of technology, especially digital technology-- but also other kinds of industrial and military technology.

So what's with the typewriter poem? The poem pictured above, "The Typewriter Manifesto," is by philosophy professor Richard Polt. I'm a big fan of his blog and his book, The Typewriter Revolution.

Nope, I am not a Luddite, but yep, I use a typewriter on occasion. When needed, I also use a Zassenhaus kitchen timer, a 30 year-old finance-nerd calculator (I used to be a finance nerd), and a battery-operated alarm clock. Yes, I know there are apps for all of those, and yes, I actually have downloaded and previously used all those apps on my smartphone but, e-NUFFF with the digital! Too many hours of my day are already in thrall to my laptop, writing on WORD or blogging, emailing, podcasting, maintaining my website, surfing (other blogs, mainly, and newspapers, plus occasional podcasts and videos), and once in a purple moon, making videos. Most days my iPhone stays in its drawer, battery dead, and I like it that way.

But kiddos, this not a writer-from-an-older-generation-resisting-innovation thing. Back when I was avid to adopt new technology. I had a cell phone when they were the size and shape and weight of a brick. I started my website in 1999! I bought the first Kindle model, and the first iPad model. I was one of the first writers to make my own Kindle editions (check out my latest). I started podcasting in 2010. I even spent oodles more time than I should have figuring out the bells-and-whistles of iTunes' iBook Author app... and so on and so forth.

In short, with technology, especially anything having to do with writing and publishing, I dove right into the deep end... and I have seen the whale. And it was not, is not, and will not be on my schedule to get swallowed whole.

(My schedule, by the way, is on my Filofax, a paper-based system, and paper-based for good reason.)

P.S. Ye olde "Thirty Deadly Effective Ways to Free Up Bits, Drips & Gimungously Vast Swaths of Time for Writing." I hereby remind myself to take my own advice.

(The original pretzel-brain inducing essay by Heidegger, "The Question Concerning Technology," with its handful of profound points coccooned within copious noodathipious deustcher Philosophieprofessor flooflemoofle, is here.)

On the express elevator to the top of my To Read tower: Richard Polt's Heidegger: A Introduction 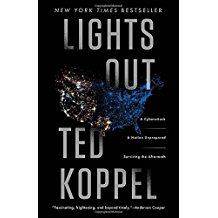 Jason Lanier's You Are Not a Gadget

Matthew Crawford's The World Beyond Your Head

For those who can handle an esoteric discussion on technology without firecrackers going off in their wig, there is Dr. John C. Lilly:

Delighted to have surfed upon Tadeuz Patzek's blog, LifeItself. Patzek is a professor of petroleum engineering, recently chair of the department at University Texas Austin. He is co-author with Joseph A. Tainter of Drilling Down. I read Drilling Down on Kindle this week, then bought the paperback to read it again.

See also the Texas Observer interview with Professor Patzek.
And here is what Patzek has to say about agrofuels in a long and extra crunchy lecture.

Nearing to the top of the "To Listen" list:
Douglas Rushkoff's Team Human Podcast

As for financial technology, "A Letter to Jamie Dimon" by Adam Ludwin is best thing I have seen to date on cryptocurrencies.

"Cryptocurrencies are a new asset class that enable decentralized applications."


In other words, "cryptocurrencies" are not currencies as we know them. "Crypto" is too sexy a word for what these actually are. So let's call these puppies NACTEDAs. Rhymes with "rutabagas."

Ludwin's most interesting quote? Buried deep in the middle of his explanation of the nature of NACTEDAs is this colorful explanation of how NACTEDAs are generated or "mined":

"Now we need an actual contest... On your mark, get set: find a random number generated by the network! The number is really, really hard to find So hard that the only way to find it is to use tons of processing power and burn through electricity. It's a computing version of what Veruca Salt made her dad and his poor factory workers do in Willy Wonka. A brute force search for a golden ticket (or in this case, a golden number)."


This is not a point Ludwin makes (he sails on, with utter nonchalance): It is just a question of time-- maybe a loooooooong time, albeit perchance a seemingly out-of-nowhere-pile-on-Harvey-Weinstein moment-- until people recognize the environmental and social justice implications of such extravagant electricity use for generating NACTEDAs.

Can you say, opportunity cost?

As it stands, most people don't or don't want to grok where the magic invisible elixir that always seems to be there at the flip of a switch actually comes from.... which is, uh, usually... and overwhelmingly... coal. And neither do they grok that this flow of power is not never-ending, but a utility that can be cut off. Ye olde winter storm can do it for a day or so. More ominously, the grid itself can fail for lack of maintenance, or any one of one a goodly number of events-- it need not necessarily be some cinematically apocalyptic cyberattack or epic solar flare. Can you say Puerto Rico. Can you say Mexico City after the earthquake. Can you say what happens when you don't pay your bill. Or if the electrical company makes a mistrake. Lalalalala.

In any event, I wouldn't recommend a camping vacation on some random mountaintop in West Virginia any time for... the rest of your life.

And herewith, hat tip to Root Simple, Lloyd Kahn demonstrates his low-tech dishwashing method. The duck part at the end is charmingly weird. 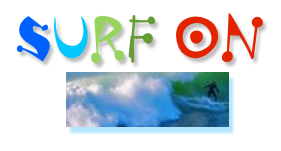 Literary Travel Writing: Notes on Process and the Digital Revolution

Consider the Typewriter (Am I Kidding? No, I Am Not Kidding)