Guest-Blogger Tim Wendel: Red Rain and Other Secrets and Riddles 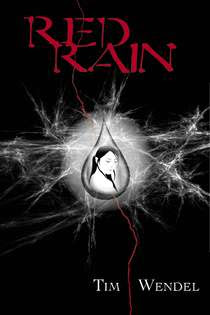 Tim Wendel's new novel, Red Rain, based on a true story, is about a long-held secret of World War II. I'm a big fan of Tim Wendel's because he's not only a great writer but he's prolific and he brings passion to his work. Check out his website which offers all sorts of information about his many works, including the widely-lauded Castro's Curveball and a long list of his articles for USA Today, Esquire, The Washingtonian , and more. He also blogs on Buffalo Nation and Red Rain Blog, and, in his spare time, teaches a very popular workshop at Johns Hopkins University's Writing Program (read what he has to say to his students here). Over to you Tim!

The ability to keep a secret may be a lost art in our time of 24/7 news churn and gossip columns everywhere we turn. But in the waning years of World War II, thousands of Japanese fire balloons landed in North America. These weapons were made of paper, assembled by women and schoolchildren, and they rode the jet stream to our shores. Rigged with small incendiary bombs, they ignited forest fires throughout the western states.

All of this is true. The reason you’ve probably never heard about the Japanese fire balloon was our government’s ability to keep a secret. In doing so, silence ended the threat. That’s the backdrop for my new historical novel, Red Rain.

I’ve always been attracted to secrets and riddles. So, if the Japanese fire balloon was the best-kept secret of World War II, what else is out there in U.S. history?

The Lost Colony of Roanoke:
Financed by Sir Walter Raleigh, the Roanoke settlement disappeared. Theories about what happened range from devastation due to a hurricane to the settlers being captured by Indians.

Robert E. Lee’s tactics at Gettysburg:
Unlike Roanoke, what happened in southern Pennsylvania in July 1863 has been well-documented. With one blow, Lee tried to break the Union’s resolve. But ordering nine Confederate brigades (approximately 12,000 men) across three-quarters of a mile of open fields, the famous Pickett’s Charge, proved to be too costly. Lee’s Army of Northern Virginia never recovered and the balance of power in the Civil War was permanently altered.

Lee Harvey Oswald:
Before Oswald could be tried in the John F. Kennedy assassination, he was shot and mortally wounded by Jack Ruby on live television. The resulting loose threads spawned a cottage industry of conspiracy theories, as well as Don DeLillo’s classic novel “Libra.” Despite the avalanche of theories that have fingered everyone from the CIA to Castro to the Kremlin, I agree with historical novelist Thomas Mallon. In all likelihood, Oswald acted alone.

P.S. Apropos of Lee Harvey Oswald, be sure to check out Thomas Mallon's extraordinary Mrs. Paine's Garage.
Posted by C.M. Mayo at 3:05 PM