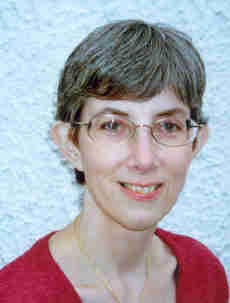 One of the both necessary and richest pleasures in writing a novel (no, it's not all torture!) is reading other novels. Today's guest-blog post, by Dianne Ascroft, is on precisely this subject. Her novel, Hitler and Mars Bars, is the story of a German boy, Erich, growing up in war-torn Germany and post-war rural Ireland. Set against the backdrop of Operation Shamrock, a little known Irish Red Cross project which aided German children after World War II, the novel explores a previously hidden slice of Irish and German history. Over to you, Dianne!

FIVE NOVELS FEATURING CHILDREN IN WORLD WAR II EUROPE
When I was researching my novel, I read many books, fiction and non-fiction, about people’s experiences during the war. Since the central character in my novel is a child, books that told the stories of children caught up in the war especially interested me. Although I’ve heard that adult readers prefer an adult main character, I’ve prepared a list of books featuring children in World War II Europe that I think will interest adults or young adults.

The Book Thief by Marcus Zusak
Set in Germany, Death narrates the story of Liesel Meminger whose mother sends her to a small town to escape the impending war. But she does not escape; the war’s destruction follows her. She and the other residents of the town encounter all its horrors. When she learns to read her love of the written word has a profound effect on her life, helping her to cope with her circumstances and be a compassionate human being. Death finds her humanity disturbing.

The Boy In The Striped Pajamas by John Boyne
Set in Poland, this novel tells the story of nine year old Bruno. His father’s appointment as Commandant at Auschwitz Concentration Camp brings the German boy to live at this isolated place. Lonely and bored, he secretly befriends a Jewish camp detainee, Shmuel. His loyalty to his friend has an unexpected and devastating effect on his entire family’s lives.

Milkweed by Jerry Spinelli
Set in Poland during the early years of the war, this novel follows a street child who adopts the false identity, Misha Pilsudski, a Gypsy from Russia. He escapes Nazi attention as he struggles to survive but ends up living in a Jewish ghetto. His attempts to help Jewish friends escape the German resettlement plan result in him being shot by the Germans and left for dead. A farmer rescues him and he spends the rest of the war working him. Unable to settle anywhere, he wanders restlessly for many years before finally settling with his long lost daughter and her family.

Sarah’s Key by Tatiana de Rosnay
Set in Paris in 1942 and the present day, this novel follows the stories of ten year old Sarah, who is caught in the round up of Jews in Paris’ Vel d’Hiv area, and Julia Jarmond, a modern day journalist, who is researching the events of the Paris roundup that sent Jews to Auschwitz.

True story of Hansel and Gretel by Louise Murphy
Set in Poland, this novel tells the story of an eleven year old Jewish girl and her younger brother who are sent into hiding by their father and step mother to avoid capture by the Nazis. Helped by courageous villagers, they struggle to hide and survive in a forest. Parallels are drawn to the classic fairy tale.