Highlights from my Landing on Planet Austin


How I love Austin and relish book fairs— so that was a good combo. Now that I go to book fairs to talk about my books, I often wonder, why didn't I go more often earlier? I mean, just as a reader. It's like entering Ali Baba's cave, these endless tables heaped with treasures...

Now that I've brought out my upteenth book, I don't get too glittery-eyed about any of it; I just hope my books are there (they were, whew), the microphone works (it did, yay) and enough of the seats are filled that everyone feels it all worked out reasonably well (they were, thank you all).

Apart from talking about my latest book—which I can do until the cows and the donkeys and the rollerbladers come home—what I relish about book fairs are two things:


11 DISCOVERIES, BOTH STRANGE AND WONDROUS

At the Texas Book Festival in Austin I discovered:

(1) Paul V. Chaplo's gorgeous book, Marfa Flights: Aerial Views of Big Bend Country. He granted me a fascinating interview, which we recorded in the author's green room in the State Capitol. That will be Marfa Mondays podcast #15. I delightedly provided him with this blurb:


These stunning images of one of the most sparsely populated and least visited regions of North America are not your typical coffee table book pretty pictures. In Marfa Flights: Aerial Views of Big Bend Country, Paul V. Chaplo, a classically trained visual artist who also happens to be a professional photographer, found and composed out of this swirlingly violent and bone-dry landscape something wondrous and haunting. Photographed from a single engine airplane, at various times of day, the land and sky and jewel-like ribbons of water come alive with form, muscle, and color. 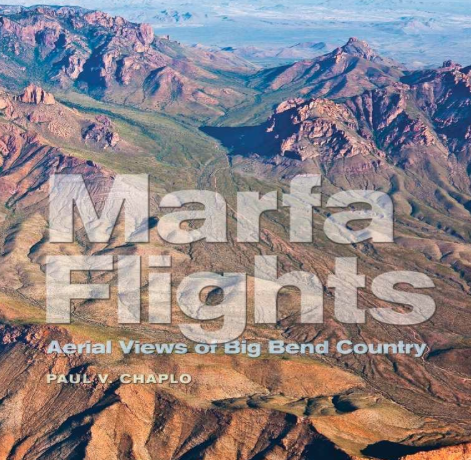 (2) In the parking lot on Lavaca Street, this bumpersticker made me chuckle:


(3) The Colorado River: which I'd seen before, but noticed anew. Early in the morning when I drove over the bridge into downtown, the water looked a jewel-olive, and it was filled with boaters.

(4) Many people— people being an endless source of surprise to me— apparently find cowboy boots comfortable enough for trudging around on sidewalks. And some, going for the cowgirl-goes-nighty-night look, I guess, pair them with gauzy mini-skirts.

(5) Tattoos are a hot fashion. (I cannot fathom why, in the absence of life-threatening disease, anyone would pay to get stuck with needles. For die-hard tattoo fans, may I recommend Tattly. At least the tattoos are well-designed.)

(6) The Austin Film Festival was going on simultaneously... (Austin... film... hmm. I have always felt a distant kinship with screenwriters, yet no urge to visit their planet. I'm happy to view it through a telescope.)


(7) Synchronity alert! By alphabetic happenstance, Yours Truly and M. M. McAllen found our books stacked side-by-side in the book tent. We read together for the panel "A Layered History," about Mexican history— McAllen on the Second Empire, and Yours Truly on the Mexican Revolution.


Hey y'all go get M.M. McAllen's book, Maximilian and Carlota: Europe's Last Empire in Mexico. It's the latest and best narrative history of the Second Empire, a fascinating translational period in Mexican history. Plus, this gorgeous hardcover edition makes a handsome holiday gift!

In case you haven't been reading this blog, in which case you'll just have to forgive yet one more mention, or else go away now and have a nice life, my book is the blast-your-sombrero-off rewrite of the Mexican Revolution, Metaphysical Odyssey into the Mexican Revolution: Francisco I. Madero and His Secret Book, Spiritist Manual.


Here we are just after the event which was moderated by Steven Kellman:


(8) Many Mexicans seem to nurture an intense flame of fascination with Maximilian's and Carlota's reproductive lives. I have yet to attend a talk about Maximilian, whether my own or someone else's, where one or more of the Mexican audience members doesn't ask about the supposed illegitimate children. And rare indeed when they don't also ask about Carlota's supposed offspring.

(9) It shouldn't have surprised me but it did— and I realize now that I will be asked about this again and again: What is the relation of Spiritism to Protestantism? (Answer: it's complicated. Will blog anon.)

(10) The longest lines in the book signing tent were for books I have zero interest in reading. (Sigh.)

(11) If I lived in Austin, the first thing I would buy is a pair of Yeti oven mitts. It's that kind of vibe, yeah.

Just a few of the many writers at the fair as presenters, moderators, or attending whom I was able to visit with, listen to, or at least catch a quick hello: José Skinner, one of my very favorite writers, who will have a new book of fiction out shortly; Melinda Nuss, whose book, Distance, Theatre, and the Public Voice, 1750-1850, looks super crunchy ("crunchy" being a word of high praise in my lexicon)... S. Kirk Walsh, talented novelist and visionary who has brought back to life the stories of Julie Hayden .....Naomi Shihab Nye, one of my favorite poets and essayists who has a charming new children's book out, The Turtle of Oman .....Ricardo Ainslie .....Emily St. John Mandel ..... John Christian, photographer, my correspondent on all subjects Mexican and Texan..... Cynthia Leal Massey, my fellow Women Writing the West amiga, who has a new book out, Death of a Texas Ranger ..... Sergio Troncoso ..... Ilán Stavans ..... Porter Shreve..... And last, but certainly not least, and indeed most of all, to all Steph Opitz, Literary Director of the Texas Book Festival, and all the many, many volunteers and donors who made the Texas Book Festival possible, a heartfelt

Women Writing the West Conference
in Golden Colorado:
An Eclectic Community of Writers and
...(Sigh)... A Sharper Focus on Publishing

It's Not Making a Peanut Butter-and Jelly Sandwich
But It's Not Rocket Science, Either or,
How I Made my PODs (And You Can, Too)