Though the recent protests in Mexico City's historic center have made it impossible to continue the lecture series on Francisco I. Madero as originally scheduled in the National Palace, the lectures continue at the same day, same time, right next door in Museo de la SHCP / Antiguo Palacio del Arzobispado, Moneda 4.

I am quite sure the long-ago resident Achbishops must be a-rollin' in their graves, for the topic of this conference is:

FRANCISCO I. MADERO:
DE ESPIRITISMO AL BHAGAVAD-GITA Y OTRAS INFLUENCIAS ESOTERICAS
(Francisco I. Madero: From Spiritist to the Bhagavad-Gita and Other Esoteric Influences)
Free and open to the public
(en español, por supuesto) 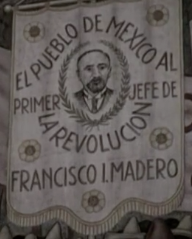 This is an watershed of a conference. For those of you foggy on your Mexican history, Francisco I. Madero was the leader of Mexico's 1910 Revolution and President of Mexico, 1911-1913. He was also a Spiritist medium, a leading Spiritist organizer and evangelist, and as "Bhima," the name of a Hindu warrior, the author of a secret book, Manual espírita. A handful of Mexican historians, including Enrique Krauze, have written about Madero's Spiritism and how it was the source of his political inspiration and platform. Yet, incredible as it may sound, most historians of the Revolution, apart from a lickety-split footnote, have almost completely ignored it. As I noted in my talk for the American Literary Translators Association, I believe one reason is that most historians, who know next-to-nothing about it, consider Spiritism mere superstition and so beneath their notice. In my book, Metaphysical Odyssey into the Mexican Revolution, I have much to say about cognitive dissonance and the rich esoteric matrix from which Madero's version of Spiritism sprang.

This lecture series, sponsored by Mexico's Ministry of Finance-- which, by the way, has a long tradition of stellar cultural calendar with free book presentation, concerts, theater, childrens' workshops, and much more-- and, among other archives, holds that of Francisco I. Madero-- continues with: 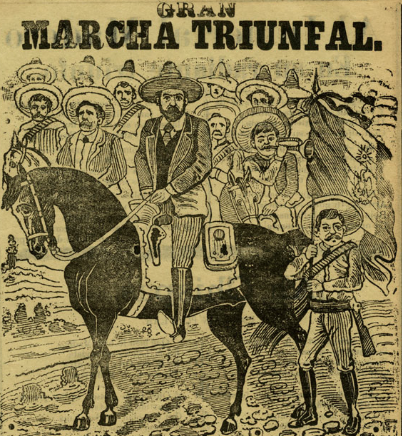 
PREVIOUS LECTURES
Previous lectures were by Dr YOLIA TORTOLERO CERVANTES, author of the deeply researched and pathbreaking El espíritismo seduce a Francisco I. Madero, whom I had the very great honor of introducing;

and most recently, last Tuesday, ALEJANDRO ROSAS ROBLES talked about "The Revolution of the Spirits" and MANUEL GUERRA, the lost Spiritist writings of Madero.

Manuel Guerra de Luna is the author of Los Madero: La Saga liberal, and of the screenplay for the excellent documentary film directed by Alejandro Fernández Solsona, 1910: La Revolución espírita. Alejandro Rosas Robles, a prolific and very popular historian in Mexico, is the author of many books and editor of the 10-volume series of the collected works, Obras completas de Francisco Ignacio Madero (Clío, 2000).

Guerra de Luna's talk was especially fascinating for me, as he talked about Madero's Spiritist notebooks. Madero was a writing medium, and so his method of receiving communication was to go into a trance and allow the spirits to use his hand and pencil. We know from the notebooks that as Madero sat down to work on his political grenade, La sucesión presidencial en 1910, he would first channel the spirits' advice. These notebooks were rescued from a fire into which a relative wanted to consign them. They are held in the Francisco I. Madero archive in the Ministry of Finance (SHCP) and transcribed in Rosas' Obras completas de Francisco Ignacio Madero, volume VI, Cuadernos espíritas. [Spiritist Notebooks.]

(Mexican history aficionados will note that Rosas Robles has confirmed that on his birth certificate Francisco Madero's middle initial stands for "Ignacio," not "Indalecio.")

Madero's channeled writings end abruptly in 1908. Based on a comment in one of Madero's letters, Guerra de Luna believes that at that time, Madero stopped "automatic writing," adopting the method of channeling he considered more advanced: direct telepathic communication.

NEXT TUESDAY:
CARLOS FRANCISCO MARTINEZ MORENO
One of the points I make in my book is that Madero's Spiritism was based on was very different from that of mid-19th century Spiritists, for by the late 19th century, thanks to various occult philosophers, Theosophists and others, Hindu philosophy and in particular, the Bhagavad-Gita, had become an important influence. In addition, Madero was a Mason and Rosicrucian. Next Tuesdays' talk by Carlos Francisco Martínez Moreno, an expert on Masonry, will be sure to be especially illuminating.


EMAIL UPDATES ON MEXICO NEWS
As for the recent political tumult here in Mexico, I steer clear of discussing current politics on this blog, but I will go so far as to suggest that a good source of reporting and opinion in a variety of media in English is via the Woodrow Wilson Center's Mexico Institute. The email signup is on their webpage.

Why Translate?
The Case of the President of Mexico's Secret Book
(Transcript of my talk for a panel at
the American Literary Translators Association
conference, Milkwaukee, November 2014)

Arnoldo Krumm-Heller and Francisco I. Madero:
Some Notes on Sources

Cool Tool for Creating Timewealth:
Why I am A Mega Fan of the Filofax Personal Organizer
(A guest-blog on Kevin Kelly's Cool Tools blog)

Over Burro Mesa
(My essay and a podcast about an adventure in a remote area in
Big Bend National Park, near the US-Mexico border)