From The PK Man to Primates of Park Avenue: Whiplash Extremes of Human Behavior 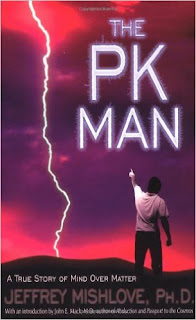 I believe that through narrative we become more human; truth is beauty; exploration is infinite. Some years ago, in my literary explorations, I encountered Jeffrey Mishlove's The PK Man and found it astonishing. Well, because it is. (Read it if you dare.)

Last week I had occasion to reread Mishlove's The PK Man, and now, as the author myself of a book about another astonishing book-- Metaphysical Odyssey into the Mexican Revolution: Francisco I. Madero and His Secret Book, Spiritist Manual, I found it even more astonishing, for I understood what courage it must have taken to not only write The PK Man, but to publish it. (Never mind, in my own case, to read it twice, cover to cover.) When it comes to this sort of material, most people, including myself back when, encounter a block of cognitive dissonance oh, say, the size of Greenland and Alaska and Antarctica combined. Multiplied by 11,999.

What prompted me to reread The PK Man was that I flew to Las Vegas to be interviewed about my book on Jeffrey Mishlove's show, New Thinking Allowed. (Stay tuned for the video links.) It was honor indeed. Of course I brought my copy of The PK Man for him to sign.

UPDATE: See "Axe of Apocalypse," my review of Strieber and Kripal's Super Natural for Literal Magazine, in which I discuss Mishlove's The PK Man at length.

UPDATE: Here are the links to the 3-part interview with me on Mishlove's "New Thinking Allowed": 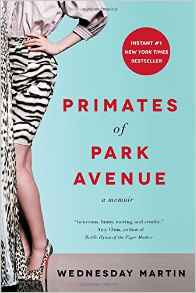 But whoa, after all the metaphysical talk, as I was about to get back on the plane, I really needed to do a sharp turn on this teacup ride-- I mean, read something grounding, something very focussed on the materialistic. Anthropologist Wednesday Martin's personal memoir Primates of Park Avenue was just the thing. Highly recommended.

(And if you think The PK Man was more than a little weird, I point to Wednesday Martin's Park Avenue apartment which, by her own testimony, features an entire closet devoted to her handbags, including a much-coveted "Birkin" that has a markup over cost akin to the price of a small car.)

(How was Las Vegas? Well, apart from the interview, the only thing I did was to go hiking in Red Rock Canyon National Conservation Area. I did pass the Trump casino on the highway, which made me wonder, as I often do whilst perusing the news of the current presidential campaigns, whether I haven't slip-slided into some alternative universe.)

On Writing About Mexico: Secrets and Surprises

Occult of Personality: The Interview