Top Posts in 2011, The Year of Ebook Adventures and War & Peace

I continue mining the archives of this "Madam Mayo" blog for year-by-year lists of top original posts. Why? Because, dear reader, I hope it might be of interest and/or use to you, and because as I approach "Madam Mayo's" 10th anniversary, I aim to come to some conclusions about where I've been with it and where I'd like to take it in 2016 and beyond.

2011 was the year I finally read War and Peace, and I blogged about it chapter by chapter on a dedicated blog-- primarily as an answer to my writing students' question, what precisely do you mean by "reading as a writer?" Of the many posts on the Reading Tolstoy's War & Peace blog, probably the most relevant would be this one, which has to do with my aristocratic theory of reading and attacking the book with scissors. 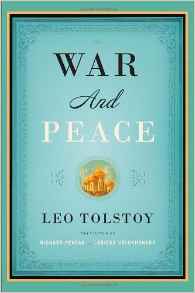 While I blogged frequently here at "Madam Mayo" in 2011 most of these posts were brief, newsy, and link-rich-- and therefore emphemeral, at least as far as I am concerned. I also published a good number of guest-blog posts. That year I was working on my translation of the secret book of 1911 by Francisco I. Madero, leader of Mexico's 1910 Revolution and President of Mexico, so I had begun reporting on a few esoteric books (and would be writing much more about those in the following 2 years). I was also out and about promoting my novel of 1860s Mexico, The Last Prince of the Mexican Empire, which came out in 2009, and its Spanish translation, El Último príncipe del Imperio Mexicano of 2010, so I was also busy with extra crunchy posts over at my research blog about the 1860s, Maximilian ~ Carlota.

Finally, I note that 2011 was the year I began to scale the learning curve to bring out Kindle editions of some of my older books-- so old in fact that their original publishers had not bothered to contemplate and/or retain the digital rights. Goody for me! And for fellow writers in the same situation I was delighted to share what I learned along the way.

On Decluttering Your Writing or,
Respecting the Integrity of Narrative Design:
The Interior Decoration Analogy
April 25, 2011

Little Walls Against the Technium
March 14, 2011

Techniques of Fiction:
The Number One Technique in the Supersonic Overview
February 21, 2011

Andrew Dayton on 5 Books to Get Tour Head Inside Iran

Jim Johnston on Mexico City's Centro Historico:
5 Things to See with Your Feet Off the Ground

Claudia H. Long on 5 Delicious Links on the Food of Baroque Mexico

Julia Sussner on 5 Fabulous Apps to Explore for Yourself