Top Posts of 2009, Year of The Last Prince of the Mexican Empire

2009 was the year that my novel, The Last Prince of the Mexican Empire, was published, and with a coast-to-coast and here-and-there-to-Mexico book tour I pretty much had my hair on-fire. I also posted fairly often over at my research blog for 1860s Mexico, Maximilian ~ Carlota, and while I did post frequently here at "Madam Mayo," it was mainly with snippets of news and links, nothing for a keepsake list.

I note that in 2009 I continued to post on "Blogs Noted," which I suppose could be of passing interest for some academic sociologist writing, say, An Early History of Blogging. None of those posts make my top list for that year.  And, as you might expect, dear reader, many of said notable blogs have sunk into the netherworlds of Cyberlandia. I mean, they're dead. 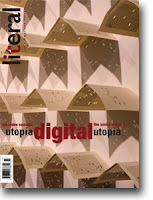 Another milestone: In 2009 I was beginning to realize that I could use blog posts (and essays on my webpage) to lighten my email load-- such was my motivation for writing "To All The Many People Who Ask Me to Read Their Manuscript" . Several more how-to posts, qua answers to frequently asked questions,  appear on this blog in subsequent years.

And, so I see, I was beginning to ramp up with running guest-blogs (I no longer run them; more about that anon.)

Such are my observations for 2009. Herewith ye olde posts:

One Dozen Tools for a Translation in-Progress
September 10, 2009

Picadou (aka Princess of the Known Universe & Beyond) in the Parque Juárez
(Not much writing in this one, but favorite photos)
July 22, 2009

William Wirt Calkins, My Great-Great Uncle,
Author of the History of the 104th Illinois
May 25, 2009

To All the Many People Who Ask Me to Read Their Manuscripts
February 27, 2009

Lucina Kathmann on 5 Links for a Forest of Mathematics

Trudy Balch on 5 Things Gaby Brimmer Loved, Or Would Have

Your comments are always welcome.