Sergio Troncoso's From This Wicked Patch of Dust and Cross Borders: Personal Essays

With permission from the wonderful bilingual Literal Magazine, herewith a reprint of my review -- in the current issue, on newsstands now-- of Sergio Tronocoso's two new books, a novel and a collection of essays.

From This Wicked Patch of Dust
By Sergio Troncoso
(University of Arizona Press, 2011)

Este maldito terregal,  this wicked patch of dust, is what SergioTronoco’s mother called Ysleta, their barrio in El Paso, Texas, and from this he takes the titles of his new novel and an essay which is included in the collection, Crossing Borders, both published in 2011.

Ranging from several lengthy and intimately personal essays about family, to lessons in literary politics, to a passel of posts from his blog, Chico Lingo, Crossing Borders provides a rich introduction to not only Tronoco’s new novel, but also his previous work, which includes the novel The Nature of Truth (Northwestern University Press, 2003), and the short story collection, The Last Tortilla and Other Stories (University of Arizona Press, 1999), which won the Premio Aztlán for the best new book  by a new Mexican-American writer. 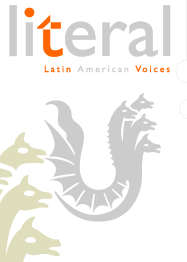 Troncoso’s work, by his own admission, is not easy. In “Literature and Migration,” he states his position plainly:“Against much of popular American fiction, my stories are not primarily to entertain the reader, but to unmoor him. I want the reader to face through my characters perhaps what he will not face himself.”

Though born the son of Mexican immigrants in a hardscrabble border barrio, and brought up Catholic, he was educated at Harvard and Yale and went on to marry a Jewish classmate who has since made a successful career in banking. Today they and their two boys, Aaron and Isaac, live in a doorman building on Manhattan’s Upper West Side, a world as exotic to Ysleta and Ysleta is to it.  If the role of the writer is, as Tronoco argues, to be an outsider, his perch is priviledged indeed, for it has not always been easy to find his way in the northeast, nor, for all his experiences and Ivy League education, to revisit his childhood home. “On good days I feel I am a bridge,” writes Troncoso. “On bad days I just feel alone.”

There were some bad days during his tenure on the board of the Hudson Valley Writers’ Center, which he recounts in the essay “Apostate of my Literary Family.” Not to be confused with the unrelated Bethesda, Maryland-based Writer’s Center, the Hudson Valley Writers’ Center is a short train ride from Manhattan into the tony Westchester subsurbs. Initially, Troncoso felt disrespected and treated as token Latino. He tired of “having to endlessly explain issues of literature to those who were not writers, [and] justifying the importance of Latino writers to those who did not read much literature (Latino or otherwise).” But in the end, he learned a valuable lesson: “whether, and when, to  submlimate or redirect instinctual personal reactions into socially acceptable points of view and arguments. Perhaps this is a function of any family, to convert its members into socially funcional human beings.”

Family is the subject of most of the other essays, which include a trio of letters to his sons about their mother Laura’s terrifying and brutal struggle with breast cancer. Though clearly set in turn- of- the-21st century Manhattan, there is a timelessness to the story. The reader can imagine the two boys, once grown, and again, when they too have young children, and then again, decades later when their parents are elderly or perhaps no longer living, reading and rereading, mining ever richer veins of meaning in these heartfelt letters from their father. Laura survives and her husband writes, “We have more days and do not waste them. We do posses an eternal wound in a way, a wound that reminds us of the rarity and fragility of life. Our quotidian fantasy is now a new quotidian reality: vividly colorful days, days of curiosity, days bereft of many useless fears and petty ambitions, these days of wonder.”

The magnet of family flung into in a cultural, economic, political, religious, and geographic centrifuge is the focus of the novel, From This Wicked Patch of Dust, which opens with Mexican immigrant Pilar and her husband Cuauhtémoc’s travails in building a house in the as-yet-unwired desert barrio of Ysleta in the summer of 1966. A dozen years later, their daughter Julia, a UTEP undergrad, is traveling through Italy, having spent the summer as a Spanish translator for the Sisters of Perpetual Charity. Meanwhile, in Ysleta, her parents listen to their old friend Carlos play Mexican love songs on the guitar, while the kids escape to another room to watch Charlie’s Angels. The centrifuge accelerates. Ismael, class valedictorian, earns a scholarship to the Blair Summer School for Journalism in New Jersey, while Julia, with a group from the Mexican-American Cultural Center, has traveled to Nicaragua, and taken a sharp turn to the left into liberation theology.  “Mamá y Papá,” Julia writes, “do not be surprised if this letter has been read by someone in the post office in Ysleta or even by the FBI or CIA.”

Ismael goes to Harvard and finds a Jewish bride; Julia to Minnesota and a conversion to Islam. In late 2011, after the terrorist attacks on the World Trade Center and the Pentagon, Ismael is in New York when his sister, now married and living in Tehran, calls to see how he is. Their conversation is so well-grounded in knowing detail that Troncoso makes what might seem fantastic, a brother and sister so far from Ysleta and so impossibly far from one another, both believable and moving.

Five years later, after the loss of a beloved brother who was serving in Iraq, Ismael, a writer now, presents their mother with a story, a narrative Ouroboros. “It’s about Ysleta. It’s about how we lived, how we tried. It’s about how we were together for a time.”

In the final essay in his collection, “Why Should Latinos Write Their Own Stories?” Tronocoso answers, “to define ourselves,” and “to challenge ourselves.” In his novel, he has done this brilliantly.

--Reprinted by permission of Literal Magazine. All rights reserved.