Guest-blogger Joanna Hershon: 5 Links from A Dual Inheritance that Traverse the Globe 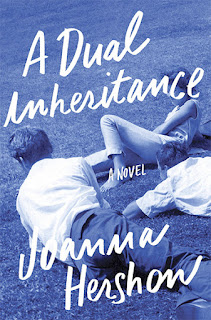 Autumn 1962: Ed Cantowitz and Hugh Shipley meet in their final year at Harvard. Ed is far removed from Hugh’s privileged upbringing, yet his drive and ambition outpace Hugh’s ambivalence about his own life. These two young men form an unlikely friendship, bolstered by a fierce shared desire to transcend their circumstances. But in just a few short years, not only do their paths diverge, but their friendship ends abruptly, with only one of them understanding why. Can a friendship define your view of the world? Spanning from the Cuban Missile Crisis to the present-day stock market collapse, A Dual Inheritance asks this question, as it follows not only these two men, but the complicated women in their vastly different lives. And as Ed and Hugh grow farther and farther apart, they remain uniquely—even surprisingly—connected.

Five Links from A Dual Inheritance that Traverse the Globe


1) A Dual Inheritance starts in 1962 at Harvard, and this article about an iconic restaurant (and the site of a scene in the novel) and it's closing, evokes both the place-- so international and campus-glamorous-- and a sense of nostalgia, which seems appropriately representative of this book.


2) This film, The Nuer by Robert Gardner, is the inspiration for Chapter Six. Hugh Shipley graduates from Harvard in 1963 and goes to Africa with a film crew to assist his mentor. It's there in Ethiopia where his career path changes focus and takes a surprising turn. Writing about a young man on a precipice of his life, in the middle of the bush, so vulnerable to not only the elements, but to his own fragile psyche, was challenging, and while I was writing this chapter, I'd watch this film over and over and revel in its beauty and its otherness.

3) My Pinterest board for A Dual Inheritance. What a pleasure it was to dream visually about the worlds of my novel. It didn't occur to me to even look at Pinterest until long after I was finished writing, when my imaginary worlds were so much more real than any photographs.

4) Chapter Sixteen is set in Shenzhen, China in the late 1980's. There's very little online about this part of the world during this particular time, which was fascinating, in itself. I found a great deal on Chinese delicacies. Here's a gateway into that culinary world.

5) Here is a link that's sure to amaze and inspire. Make sure to spend some time watching the incredible film footage. I went to high school with Dr. Amy Lehman, who happens to be an extraordinary thinker, doctor and leader. She is building a floating health clinic on Lake Tanganyika, which makes up 18 percent of the world's fresh water supply. The lake's surrounding communities (spanning four countries – Tanzania, the Democratic Republic of the Congo, Burundi, and Zambia) are currently without basic healthcare. Dr. Lehman and her ideas continue to influence and inspire.

For the complete archive of Madam Mayo's guest-blog posts, click here.
Posted by C.M. Mayo at 9:14 AM