Occult of Personality: The Interview about Francisco I. Madero, Spiritism, and the Mexican Revolution 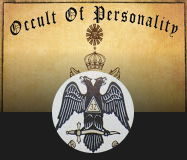 I'm ginormously honored to have been interviewed by Greg Kaminsky for his outstanding esoteric podcast, Occult of Personality. From the website:


"With a focus on authenticity, accuracy, and quality, Occult of Personality peers behind the veil to provide recorded interviews with serious esoteric practitioners, scholars, and teachers from all over the world. Established in 2006, the podcast reaches several thousand listeners each month and has been noted for the quality and depth of interviews."


> Listen in to the Occult of Personality interview here.
> More about my book, Metaphysical Odyssey into the Mexican Revolution, here.


P.S. Just a few of the many fascinating interviews at Occult of Personality:

On Francisco I. Madero as Medium:
An Interview with Rev Stephen A. Hermann, Author of Mediumship Mastery

Why Translate? The Case of the President of Mexico's Secret Book
(My talk for a panel at the American Literary Translators Association Conference,
Milkwaukee, November 15, 2014)