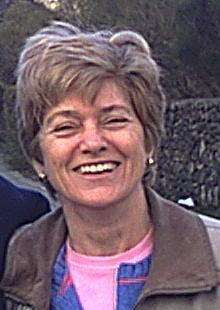 As a writer of historical fiction myself, when I got the announcement that my fellow American Independent Writer Association member, Solveig Eggerz, was to give a "pubspeak" on history and fiction, I was intrigued. And when I mosied on over to her website, http://www.solveigeggherz.com, I was fascinated. The author of the just-released novel, Seal Woman, set in World War II-era Iceland, Solveig Eggerz is a native Icelander with some impressive literary roots. In her own words:

"My great-great grandfather, Friðrik Eggerz, a farmer and a protestant minister, wrote his autobiography when he was in his eighties, a book that documented 19th century Icelandic regional history; my grandfather, Sigurður Eggerz, twice prime minister, wrote plays and essays. My father, Pétur Eggerz, a foreign service officer, wrote fiction and non-fiction until the day he died at age 80."

I'm about to delve into Seal Woman, which is sure to be good, for none other than Margot Livesey has lauded it as "rich in vivid detail and psychological understanding" and a "beautiful and suspenseful debut." I was out of town for her "pubspeak," alas, so I asked her to share with me--- and you--- some of her thoughts about writing historical fiction. With my warmest thanks, over to you, Solveig!

In reading fiction, I like two different ways of examining the past. One focuses on how the past can pervade the present. Charlotte in my novel, Seal Woman, carries the past within her heart to the point where it guides actions in the present. The other approach involves capturing the essence of the past—but without sacrificing the characters to the details of history.

Two examples of the past pervading the present: A Gesture Life by Chang-rae Lee presents a character who leads a routine life in a California suburb, but his imagination pulsates with violent memories from World War II in Korea, edged by his own culpability.

The Feast of the Goat by Mario Vargas Llosa brings two time periods together, 1961, the year of the assassination of the brutal dictator of the Dominican Republic, Rafael Trujillo, and 1996, the year when a fictional character, a Trujillo victim wreaks revenge on the tyrant. Vargas brings the timelines ever closer until they finally collide, laying bare the unsavory truth.

How did capturing and shackling humans in Africa corrupt the character of the crew members on an 18th century slave ship? Sacred Hunger by Barry Unsworth offers the bitter lesson: “it could have been me” from several points of view.

Charlotte Gray by Sebastian Faulks and Suite Francaise by Irene Nemirovsky both describe German-occupied France in World War II, especially its deadly impact on foreign-born Jews. The difference lies in the author’s proximity to the events. Faulks describes the occupation and the resistance from the hindsight of the present. Nemirovsky records events as they are occurring, ceasing only when the French police knock on her door July 13, 1942. She dies August 17, 1942 in Auschwitz.

P.S. Here's a link to a recent interview with her about Iceland and the novel.