Don't be surprised if fruit, nut and vegetable prices start a more precipitous climb later this year. Check out this scary news in the New York Times about honeybees. The culprit? It could well be the pesticide clothianidin. It doesn't take a PhD to figure out that all the pesticides we use -- now even genetically engineered into the crops themselves-- could also affect honeybees. The honeybee population counts have been plummeting for years and this year, whoa, an estimated 40-50 percent drop. Just the other day, C. Marina Marchese's Red Bee newsletter popped up in my inbox with this handy five point list: 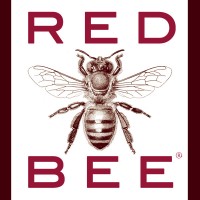 Did you know that much of the delicious, fresh food from your local farmer's market is dependent on essential pollination by the amazing honeybee?

1. Honeybees are responsible for pollinating more than 100 agricultural crops in the United States. In fact, one in three bites of food we eat is dependent on honeybees for pollination.

3. Honeybees also play an important role in our supply of beef and dairy products. Farmers rely on honeybees to pollinate alfalfa, clover, and other grasses, which makes up a large part of the diet of livestock. Well-fed livestock means tastier meats, cheeses, milk and eggs.

4. Did you know that without honeybees to pollinate cotton plants, we would not have cotton t-shirts, blue jeans, and bed sheets?

5. The honeybee population is diminishing rapidly. Here is an eye-opening report by Dan Rather. Some say the beekeeping industry can only sustain itself for a few more years if these losses continue. Honey will become a rare luxury.

>Be sure to check out her book, Honeybee: Lessons from an Accidental Beekeeper and, over at Red Bee, her many varieties of artisanal honeys.

>For a fascinating podcast interview about the bees of the Big Bend, listen in anytime to bee expert Cynthia McAlister on "Marfa Mondays."

>Archive of all Madam Mayo guest-blogs.

Comments on this blog have been disabled because of spam, but I am always delighted to hear from readers. Contact me here.