Top Posts of 2006: Ur Posts from the Dawn of Blogging 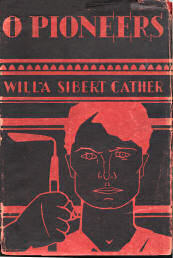 To use a Mexican expression, it might sound like I'm putting extra cream on my tacos, but the fact is, because I started when I started, I am one of the pioneers of literary blogging.

In an effort to grok what it's all been about, both for me and for the genre-- and a way forward--over the past few weeks, I've been posting lists of the top posts for each of the past 10 years.

As noted in my previous post, "Top Posts of 2007," in its earliest years "Madam Mayo" blog was verily Twitteresque. In other words, posts tended to be frequent and brief, and therefore few were worthy of being plucked out of the archives for any "top posts" list.

Twitter had only launched, in primitive form, in July of 2006, so it wasn't yet news to me, nor to anyone I knew. Now, in 2016, my posts tend to be longer and crunchier, and as for Twitter, yes, you can follow me @cmmayo1.

(A guy without the "1" at the end beat me to that particular platform--and to Facebook and Youtube, too. I have no idea who he is, and I do hope he behaves himself. And I wish him very well! But for the record, Mayo is a fairly common name and it is of Irish origin, as in "County Mayo," "Cliffs of Mayo" & etc. And by the way if you google "Catherine Mayo," you'll get a wedding photographer in Alabama.)

As for blogging back at the Dawn of Blogging in 2006, I may have been a writer with several books in-print, but frankly, I had no clue what I was doing.

Blogging was so new, nobody knew what they were doing-- except maybe Seth Godin. (Whoa, Seth was blogging in January 2002! A shower of cyber lotus-petals upon you, dear Seth!)

Another exception. One of my colleagues in this shiny new bubalicious "blogosphere" was the short story writer Wendi Harris Kaufman. She had started up The Happy Booker, a lively and well-done blog that oftentimes hosted writers with a book to promote. She quickly built up a large following. I am honored to say I guest-blogged for Wendi twice, both times to help promote my anthology of Mexican writing, Mexico: A Traveler's Literary Companion. Suddenly, in 2009, The Happy Booker went silent. Then I learned that Wendi had passed away of cancer in 2014. (See Bethanne Patrick's "Remembering Wendi Harris Kaufman" in The Washingtonian.)

Words matter, so much.

But back to the humble beginnings of "Madam Mayo," this verily Mezozoic blog.

My writing career until I started "Madam Mayo" in 2006 had all been in print, nothing digital-- which seems incredible now, but kids, back then, we had to use dial-up! Which took forevvvvvvvvv-eve-ev-rr-r-r and made roboty chirping noises. (And we walked a mile to school in the snow without shoes!)

What I mean to say is, back in 2006, like most writers I knew, I did not yet feel comfortable posting any significant amount of original material online. And the idea of writing for free, uyy?!  I know, today, in 2016, when everyone Facebooks and Tweets pictures of their breakfast, lunch, dinner and changes in belly flab as captured in a bathroom mirror selfie, such hesitancy seems a mite quaint. And as for writing for free, well... you don't have to get an A+ in Economics 101 to comprehend the consequences of supply, thanks to all the blogs and self-publishing, gushing out like Noah's Flood.

Revision: Take a Chainsaw to Those Little Darlings,
Prune, Do No Harm, Be an Archaeologist,
Move the Furniture Onto the Front Lawn, Flip the Gender
May 1, 2006

The Happy Booker Goes South of the Border:
Top 5 Mexican Music Selections by Yours Truly
April 19, 2006

Verily, I welcome your comments.

I also welcome you to sign up for my newsletter
which goes out every other month-ish. Lots of good stuff.
Posted by C.M. Mayo at 10:43 AM